Home » About Us » Meet the Doctor 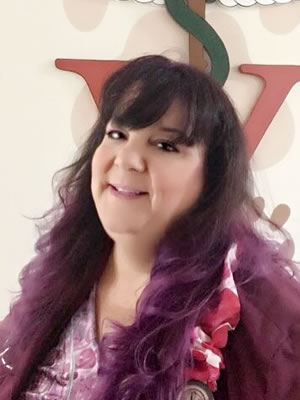 Susan Fyfe was born and raised in northern New Jersey. She left New Jersey to go to college at Virginia Tech where she received her bachelor’s degree with a double major in Animal Science and Biology. Susan then went on to the Tuskegee University School of Veterinary Medicine in Tuskegee, Alabama where she received her Doctorate of Veterinary Medicine in 1994 and met her husband-to-be. After graduation, Susan moved to North Carolina where she worked at the Monroe Animal Hospital for five years, continuing her education by experiencing what the real world of veterinary medicine had to offer. While in North Carolina, Susan had several major life alterations,including getting married, buying her first home, and having her first child Alex.

Now that Susan had a child, being closer to her family became more of a priority and she and her family moved to New Jersey. Susan now had a chance to observe the corporate side of veterinary medicine while working for a large corporation know as Veterinary Centers of America. She practiced at VCA Neshaminy Animal Hospital at Neshaminy, PA. During this time she had her second child Nicholas. After four years, Susan decided to move to a job a little closer to home and decided to take a job at Mercerville Animal Hospital in Mercerville, NJ. Soon after, Susan had her third child, the long awaited little girl, Calista. Finding her opportunities at MAH limited, she began looking for greener pastures. Susan soon found Point Pleasant Veterinary Hospital where she spent six and a half years with wonderful colleagues and staff.

Again the itch to continue to better herself overtook her. She stumbled across a great opportunity to open her own business. A dream she had had for many years. Thanks to the help of Dr. Daniel Stobie, she was offered the opportunity to lease the old NorthStar building and begin her new adventure. With her family at her side… let a new era begin….

Hours changed due to CoronaVirus Please note 10 minutes before closing our phones will switch over to the answering service.